Its hard to believe but post punk pioneers of rhythm section driven mayhem NEW MODEL ARMY are celebrating forty years of gigs today. Boasting hundreds of songs, thousands of live appearances and what has to be the most fanatical following in rock music, the band are showing no signs of slowing down.

Anniversary shows planned for this month have been put back until next year due to the pandemic but the band will play a special two-set online gig for which you can buy a ticket or bundle here. 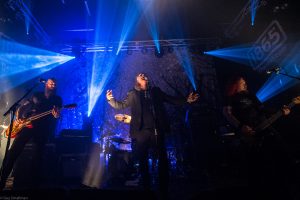 Meanwhile the band’s family are bombarding twitter with the hashtag: #40yearsofNMA to remind everyone of their continued existence and try (in vain) to squish the endless response of: “are they still going?” which is received whenever they mention their gig itinerary to anyone.

Many Happy Returns to Justin and the gang!! 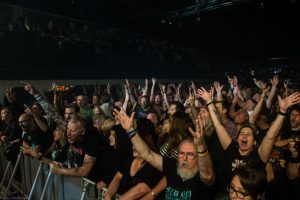