Passionate, post-punk power duo deaux furieuses have channeled their anger and sadness at the murder of Sarah Everard into a new remix of one of their earlier releases as a fund raiser for women’s projects and charities.

‘She’s Not Coming Home Tonight’ is a special remix of ‘Wired to Hate’ from their stunning second album ‘My War is Your War’ which was released to critical acclaim in 2019 and produced by Rob Ellis. It continues to explore themes that they have already touched upon in raw detail with earlier songs like ‘Are we not sexy enough?’ from their 2016 debut LP Tracks of Wire. They are perhaps the band best equipped to articulate the emotions pouring out after the horrific recent events in south London and the anger over the scenes witnessed in the immediate aftermath. 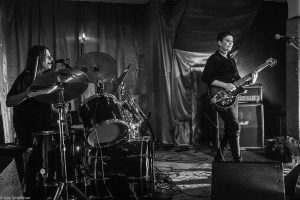 They said: “It is our response to the kidnap and murder of Sarah Everard which has touched a nerve in us all. How many more generations of women have to protest to reclaim the streets? This song is dedicated to all missing women and girls.”

All proceeds are going to Reclaim These Streets who are fundraising for a diverse range of women’s charitable causes across the country. They affirm “Women means all women, femmes, non-binary people and gender non conforming people who deserve to be safe” and that they will put in place transparent and rigorous governance arrangements for the funds raised. 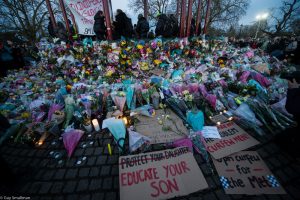 Show your support by buying the track here.