It is with unbearable sadness that we report the passing of Jake Black of Alabama 3 aka The Very Reverend D Wayne Love. He was co founder of the band back in 1995 and went on to help create the internationally acclaimed 1997 album ‘Exile on Coldharbour Lane’ featuring the track ‘Woke up this morning’ which in turn became the theme song for TV series the Sopranos and shot the band to fame. Though in reality their sound was so unique it would have happened anyway with or without that tune.

There are not many bands or people making music over the past 25 years who can honestly lay claim to creating a truly original sound. But the fusion of country, gospel and acid house pioneered by Jake and the rest of the band sounded like nothing else before or after. Jake was at the centre of that sound and his lyrics always carried a subversive message coming from his own class politics. Songs like ‘Mao Tse Tung Said’ were defined by Jakes uncompromising words and vocal style. Earlier today the band released this statement:

“Early this afternoon, on a beautiful summer’s day, our friend, comrade and spiritual teacher, Jake Black AKA The Very Reverend D.Wayne Love, passed over to the higher ground. After a magnificent performance at the Highpoint Festival in Lancashire, D.Wayne in his supreme wisdom, decided it was the appropriate moment for his ascension into the next level.
The transition was painless and peaceful. He was surrounded by brothers Larry Love, L.B. Dope, The Spirit, Jonny Jamm and Sister Therese Mullan.
We are heartbroken.
All that remains for us, at this moment, is to carry out his precise instructions regarding the continuation of his teachings as a First Minister of The Presleyterian Church of Elvis The Divine, and continue The Great Work.
His last words, which we have yet to decipher, were “Tweet Tweet, Possil Fleet”

For those of us around Brixton who knew him. We remember a larger than life Glaswegian who made our corner of South London his adopted home and infected all with his lust for the finer things in life along with his enormous heart. His onstage rant at the Brixton Electric against the gentrification being forced on our community by the Blairite Lambeth council in 2015 was the stuff of legends. He never forgot his roots, he never stopped partying, he was absolutely irreplaceable and our thoughts are with his family, friends and fellow band members. See you on the other side D Wayne…

“When you woke up this morning everything was gone
By half past ten your head was going ding-dong
Ringing like a bell from your head down to your toes,
Like a voice trying to tell you there’s something you should know
Last night you were flying but today you’re so low
Ain’t it times like these that make you wonder if you’ll ever know
The meaning of things as they appear to the others
Wives, mothers, fathers, sisters and brothers
Don’t you wish you didn’t function, don’t you wish you didn’t think beyond the next paycheck
And the next little drink?
Well, you do, so make up your mind to go on ’cause when you woke up this morning
Everything you had was gone, everything you had was gone” 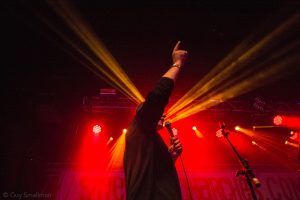