For a band which had previously been largely unheard of away from their midlands base, Ferocious Dog are now smashing their way through the glass ceiling of the touring circuit all over the place. The 1865 venue is hidden down a back street not far from Southampton Docks and boasts a 750 + capacity for standing gigs. While not completely sold out the former bingo hall is pleasingly rammed with a crowd, whose ages range from late teens to early 60s.

Those of us waiting to hear some new material from the long finished, but frustratingly delayed, new album receive instant gratification with opening track ‘Cry of the Celts’. It is the perfect song to kick things off, starting with Mandolin parts expertly plucked by John that wouldn’t sound out of place in the soundtrack to a classic spaghetti western. The drums & electric guitar arrive and are quickly joined by some atmospheric fiddle work from Dan that builds into a crescendo before exploding into a stomping classic. Great start lads! 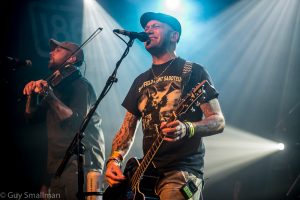 We then get a medley of foot stamping high octane classics from the last three albums in the form ‘Spin’, ‘Crime & Punishment and the ‘Black Leg Miner’. Three albums in and the band are now at the stage where they can pretty much deliver what amounts to a greatest-hits set, while keeping very many gems in reserve for future occasions.

Sweaty brows get mopped as the tempo comes down slightly for the poignant singalong that is ‘The Glass’ and folks briefly get their breath back during the gentle acoustic intro of ‘Too late’ before it all goes south again when the song begins in earnest. Which is followed in quick succession by the sentimental tale of redemption ‘Unconditional’ from 2016’s Red Album. Like so many of their tunes, it starts gently and quickly gathers pace as if the band are fighting an endless losing battle against playing everything with a speed & precision that leaves most musicians with their jaw on the floor. They also make it look infuriatingly easy now they are enjoying their most consistent line up since the arrival of the first album.

‘Lyla’ remains a spacious ballad of epic proportions & tap-dancing percussion before morphing into an absolute mayhem of jigging reels that leaves pretty much everyone exhausted. Perhaps the only respite from the endless sweat factory that this band draw you into is ‘A&B’ which seems appropriate given the song’s subject matter.

And then we get a quick succession of more new material. ‘Mad Tom’ aka ‘Bedlam Boys’ delivers an upbeat reworking of a classic 17th Century folk song. ‘Fake News’ is probably the most memorable of the newbies with its battle cry against the Murdoch media, catchy fiddle hook and anthemic chorus. ‘Traitors Gate’ continues Ken’s ongoing obsession with crime & punishment from days gone by and pairs very nicely with ‘Gallows justice.’ 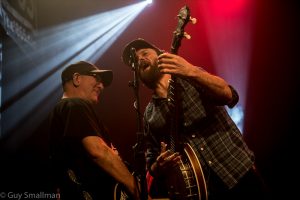 One day he’ll write a song about an empathetic judge or a thief who didn’t get caught. But in the meantime, these tales of misery, torture & execution help us remember that things were once a lot worse than enduring the corruption, incompetence and economic injustice of our 21st century Tories.

From here on the hits keep rolling out, the room gets hotter and sweatier and the band look like they’re really enjoying themselves with the possible exception of whistle/guitar player John who appears to be having an absolute ball. He provides much of the visual interest when he is not playing one of his many instruments. Hopping and bopping like an absolute madman. Or possibly an extremely crusty version of Bez from the Happy Mondays?

They finish with an extended version of ‘Slow Motion Suicide’ which sees John indulging in a spot of crowd surfing to the visible irritation of the venue security while Dan plays the fiddle refrain in the middle of the mosh pit. A spotless piece of work, that continues for several minutes, without ever becoming boring or self-indulgent. 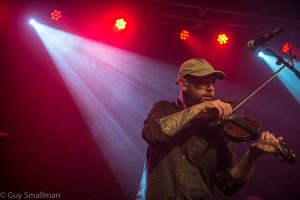 So twenty songs later the merry throng of hell-hounds young & old head out into the south coast drizzle beaming from ear to ear and ready to rehydrate in the nearest boozer. This band flatly refuses to stop improving with age while making everyone who witnesses them live behave like a teenager. More dates are scheduled over the summer with a full tour being lined up for the Autumn. Details here.

Since we wrote this review the new album has started hitting everyones doormats around the country and it does not disappoint. We’ll be posting a full appraisal of it in due course. You can order it here. Meanwhile those Autumn dates have started taking shape with the first being announced at Holmfirth Picturedrome on September 13th. But what we’re most excited about is the idea being floated on social media by band members that they should play the new album in it’s entirety on these dates combined with other favourites. It would be a bold decision and we say: BRING IT ON! 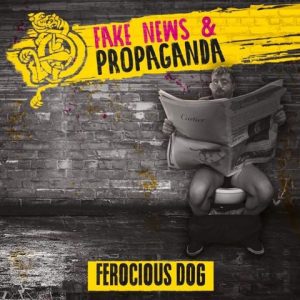