One of the perks about exchanging opinions and discussing points of view within our scene is that generally we tend to agree with one another in principle.
But when it comes to tactics of how to act upon those shared principles we sometimes seem to find ourselves on opposite sides of the spectrum. I think the Israel/Palestine conflict is a perfect example of that. When it comes to the BDS movement (Boycott, Divestment and Sanctions) and specifically the cultural boycott general opinion in our scene seems to be divided. Possibly because when directly interacting with fellow punk rockers in Israel we easily tend to blur the lines between the rationale of the cultural boycott and the emotional response to our like minded Israeli brothers and sisters proposing a gig for us over there. One thing I hope I still have in common with most of my fellow punk rockers on either side of the cultural boycott argument is that as a DIY punk band I will never judge you on your decision to either play there or not to play there. Ultimately we both share the same views about the conflict, we just disagree on tactics.

Usually the first reason why some punk rockers feel it’s justified to play a gig in Israel is to support the local dissident punk rock scene there who are just as opposed to their country’s apartheid regime and just as opposed to Israel’s illegal occupation of the West Bank, and East Jerusalem and the medieval style siege of the Gaza strip as we are. In their eyes the cultural boycott does not apply to punk rock gigs as the crowd they will be playing for are allies who share the same views about the conflict as they do. I know that because almost every time the subject comes up in conversation with an Israeli friend she/he fully understands my point of view and respects our decision to politely decline their gig requests to play within Israel’s borders over the years. Of course occasionally there are some who refuse to understand let alone respect that decision. Heated and emotionally charged exchanges would occasionally result in an attempt to smear us as being anti-semitic and/or racist over something we decided NOT to do.
I am not anti Israeli, I am merely against Israel’s regime and their treatment of the native Palestinian population. I am more than happy to play a punk gig for our like minded Israeli brothers and sister just not within Israel’s borders. The fact still remains that Israelis actually enjoy the right to free movement in, out and all across the country as opposed to the vast majority of Palestinians in the Occupied Palestinian Territories aka the Westbank, East Jerusalem and Gaza, a fact often ignored by the mainstream media.

The second reason why some punk rockers feel it’s justified to play a gig in Israel would usually be something along the lines of hoping to get their message across to anyone who might not share their views on the conflict. Perhaps making those people rethink their position and see things from a different perspective. Unfortunately this tactic hasn’t made any difference over the last 50 years and personally I doubt it will over the next 50. In a way continuing to try and justify this tactic after 50 years of no luck only strengthens the case for the continuation of the BDS tactic after only 12 years and several successful results of major international companies relocating out of the country and exiting the Israeli market, famous musicians and movie stars refusing to perform there and colleges and universities across the globe voting in favour of divesting from companies that do business in Israel. 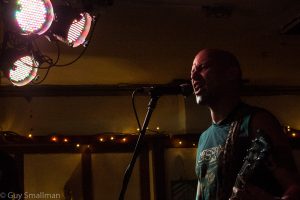 Just how much of a threat Israel regards BDS to be becomes clear when you look at the enormous amount of dollars it invests in trying to counter the movement through lobbying groups in foreign countries like AIPAC (American Israel Public Affairs Committee). AIPAC is responsible for bringing about anti BDS laws in nearly half of American states barring companies that engage in boycott, divestment and sanctions against Israel from receiving government contracts (www.jpost.com/BDS-THREAT/Maryland-joins-nearly-half-of-American-states-with-anti-BDS-laws-508281). They are also behind the so called “Israel Anti-Boycott Act” (www.congress.gov/bill/115th-congress/senate-bill/720) which criminalises any US citizen “engaged in interstate or foreign commerce” who supports a boycott of Israeli goods and services. Anyone guilty of violating the prohibitions will face a minimum civil penalty of $250,000 and a maximum criminal penalty of $1 million and 20 years in prison effectively making it a felony (www.theintercept.com/2017/07/19/u-s-lawmakers-seek-to-criminally-outlaw-support-for-boycott-campaign-against-israel/).

Of course this act is in direct violation of the First Amendment to the United States Constitution but nevertheless it’s already being supported by 45 senators.
Laws like these resulted in the victims of Hurricane Harvey who were hoping to receive aid to relaunch their lives from a relief grant offered by the city of Dickinson near Houston in Texas having to first promise not to boycott Israel by signing a 4 page document (www.washingtonpost.com/news/morning-mix/wp/2017/10/20/texas-town-makes-hurricane-harvey-aid-applicants-pledge-not-to-boycott-israel/).
AIPAC is one of the biggest foreign influential lobbying groups in the United States but I guess as long as they aren’t Russian it’s all fine right?

Perhaps a third reason why some punk rockers would agree to playing a gig in Israel would be the holiday aspect of it. Israel has some great beaches, delicious food, lots of historical sites to see and depending on where you live their weather is much better than at home. When it comes to the big bands money could play a role too in their decision to play there, but of course I wouldn’t know. If these are your reasons for not supporting the cultural boycott then obviously we do not share the same principles to begin with.

One unique aspect of the BDS movement is that it was called for and started by Palestinian civil society. By choosing to ignore this call you are essentially saying you know what’s best for Palestinians better than Palestinians do themselves. For me personally I see this as the picket line you just do not cross. This is also why I will not go down the “whataboutism” road as every single injustice in the world requires its own unique way of fighting it. With regards to the Israel/Palestine conflict I believe the most effective way of putting pressure on Israel as well as keeping the discussion alive is through BDS.
I recognise the state of Israel just as I recognise Palestine although I strongly disagree with the means by which Israel was created. I respect international law and so should Israel if it wants to be a state rather than a rogue state. I definitely do not however recognise Israel as the democracy it claims to be. Israel is an ethnocracy. The so called “birthright” legislation offers anyone from any part of the world with at least one parent of Jewish descent a free ten day trip to Israel in the hope that they would consider immigrating. This would instantly grant them full Israeli citizenship whilst simultaneously over 5 million UN classed Palestinian refugees are to this day being denied the right of return to the homes they were expelled from by zionist militias and the Israeli army when the state of Israel was created. Their right of return is a principle guaranteed under international law (UN resolution 194).

Personally if I had been born in Israel as an Israeli citizen I would emigrate and thereby do the exact opposite of what the Israeli state wants me to do. That would be my way protesting against its policies whilst simultaneously supporting the BDS movement. And in case it matters to you, I have emigrated from the country I was born and raised in although that had nothing to do with politics at the time. Of course I would never judge anyone born in Israel on their decision to either stay there or not (unless they live in an illegal settlement) , just as I would never judge any punk band on their decision to either play there or not. This is however a point worth making when being criticised for refusing to play a gig within Israel’s borders for our like minded punk rock brothers and sisters. I am more than happy agreeing to disagree on tactics whilst sharing identical points of view on the conflict but by trying to attack a punk band for refusing to play in Israel you are essentially trying to force your tactics on them whilst totally disrespecting theirs.

With an illegal military occupation (violating UN resolution 242) by a foreign army lasting half a century and counting, the prospect of any positive outcome from so called “peace negotiations” is next to nothing. When using the pre 1967 “green line” border as a starting point Israel has never ever proposed any concessions in said “negotiations”. They’ve only ever proposed to annex less of the Occupied Palestinian Territories and East Jerusalem than they had originally planned for. The USA is blatantly acting as a biased but supposedly “neutral” broker vetoing UN resolution after UN resolution whilst ever increasing their annual military aid budget and unconditionally supporting Israeli war crimes of which of course the most recent one is the shooting and killing of hundreds of unarmed civilian protesters in Gaza. Meanwhile the creation and expansion of illegal settlements in the Occupied Palestinian Territories continues with a total disregard for international law breaking the 4th Geneva Convention of 1949 which prohibits countries from moving population into territories occupied in a war. In my opinion the only effective non violent way of putting pressure on Israel with any hope of bringing about change is to join the BDS movement and to keep the discussion alive regardless of most of the media’s cover up of the facts. Just as the South African apartheid regime fell so will the Israeli apartheid regime. It’s just a matter of time and when it does I will be first in line to play a gig there.

P.S.
Since I wrote this piece I have visited the Occupied Palestinian Territories personally and spent a month and a half there as an activist with the International Solidarity Movement (www.palsolidarity.org). I was arrested twice by the Israeli Occupation Forces in relation to defending the Bedouin Palestinian village of Khan Al-Ahmar from being destroyed by Israeli Occupation bulldozers, the last time alongside one Palestinian activist and two Israeli activists. I’ve made many friends there which only made me more determined to continue highlighting the Palestinian struggle for freedom and equality and I’m planning to head back to Palestine this year. 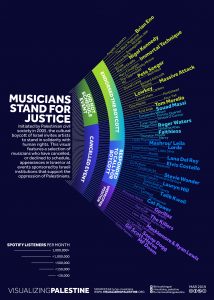