We’re going to have a reporting team at this year’s Rebellion Festival in Blackpool and already have a load of interviews lined up. As always we’d like our readers to email in their recommendations particularly for the ‘Introducing’ stage as we see this event as one of the best annual opportunities to discover exciting new bands and solo artists. We’re also looking forward to hearing new material from some of the old hands attending.

The Restarts (Casbah stage Thursday 7.15pm) have just finished recording an as yet untitled new album and they are promising a load of new tunes in their set. They are also shortly bringing out a new split EP with The Subhumans (Empress stage Friday 6.55pm) who also have a new LP in the pipeline. Meanwhile Conflict (Casbah stage Sunday 7.20pm) will be previewing the title track of their new album ‘This much remains’ it will also be the A-side of their next single. For those of you wanting something that is slightly gentler to the ears Muddy Summers and the Dirty Field Whores have a brand new album out so expect lots of new stuff from them as well. Finally we’ve been given a sneak preview of ‘Cyclists’ the new tune by Wonk Unit which they will be airing on Saturday (9.50 pm Casbah stage) and we can honestly say that it is like nothing they have ever released before. 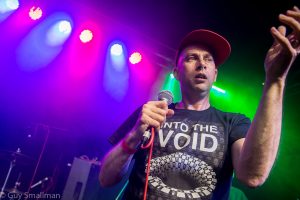 Talking of which. We asked Daddy Wonk (aka Alex Johnson) for his recommendations for the Intro stage. When he isn’t fronting his band he is manically organising gigs up & down the UK including Wonkfest. His top five discoveries of recent years are:

Dopamines (Introducing stage 2pm Friday)
The dopamines should be playing the Casbah stage in the evening. They are probably the best punk band in the world. Out of the drunken chaos comes a sound that is just totally above everyone else in whatever sub genre of punk you want to classify them in. Inspirational songwriting. It’s melodic, raw, kinda intentionally sloppy, bratty and just different. If I could magically change Wonk Unit into another band, I would choose the Dopamines (but without the booze hehe).

Dead mob (Introducing stage 2.45pm Thursday)
These boys kinda straddle on the fence of metal and punk. I’m not a metal fan but when these kids open their mouths and smash into the hardcore punk overdrive that they are capable of you’ll be stoked! You can literally hear their freshly broken vocal chords shredding. It’s brilliant.

Incisions (Introducing stage 12.30pm Thursday)
These boys ain’t doing anything new but if the soundman actually bothers listening and mixes them properly you’ll know why folk go on about them. So many bands don’t live up to their potential because they don’t care about sound checks. I had them come play Wonkweek and if you know me, you’ll know that I am a stickler for sound. And mate, mix em proper and they’ll be your fav hardcore punk band in the Uk. Singer Jordan is great! X

Muffin Heads (Introducing stage 2pm Friday)
Nice loud 3 piece with some sick guitar riffage going on. Boy/girl vocals doing their own thing and not giving a fuck. I love a band that ain’t playing catch up with the flavour of the month. I found myself really enjoying their set when they played with Wonk. Nice people x

Trigger Mc Poopshoot (Introducing stage 1.15pm Sunday)
I don’t like saying their name because I don’t like toilet humour words (me and Pwos don’t even have assholes. For your information , we call poo – “rainbows”, a much nicer word. They should change their name to Trigger Mc Rainbow. However, I love these guys. Deep in the valleys of South Wales they’ve carved out, nurtured and cared for a thriving punk rock scene. We’ve played some of the funnest gigs ever down at the Dolls House in Abertillery. Boisterous, fun and often naked punk rock (imagine the Welsh rugby team forming a band for a laugh). I hope their are plenty of naked men down the front. Definitely one for the ladies Hahahaha xxx

Another person whose opinion we value above all others is Cassie Fox founder of Loud Women. She has tirelessly organised and promoted gigs over many years. Her uniquely quirky band I’Doris will be on the Introducing Stage on Friday at 5.00pm. Below she gives us her recommendations: 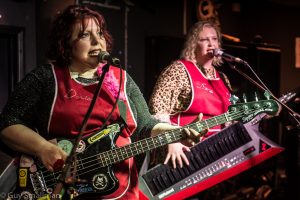 Queen Zee (Ballroom stage Friday 8.30pm)
I’ve wanted to see Queen Zee for ages – their debut album has been on repeat on my weekday playlist since it came out. From what I’ve heard, they put on an awesome show.

Interrobang?!(Opera stage Friday 4.20pm)
These fellas are just so damn good – you know, for fellas. Frontman Dunstan’s lyrics will melt the hearts of even the hardest Rebellion punk. And I could watch Griffo build his genius guitar loops all day. (Well not quite all day – their set overlaps ours by 5 minutes unfortunately!)

Hagar the Womb (Pavillion stage Saturday 8.50pm)
I fell instantly in love with the Hags when I first saw them – queens and kings of punk all. Excited that they are coming to play the Loud Women birthday party in October.

Pussyliquor (Introducing stage Friday 5.45pm)
These kids are the future of punk and I for one welcome it! They’ve played LOUD WOMEN Fest twice now and each time they’ve gone down a storm – Rebellion’s gonna love them.