This new number from London post-punk act Girls in Synthesis should be just the ticket. Firstly they’re neither girls nor synthetic but an incredibly tight bunch of angry adults with plenty to say. This single ‘Pressure’ comes from their forthcoming album ‘Now here’s an echo from the future’ set for a May 22nd release on Harbinger Sound..

“In both music and lyrical content this song sets out to capture the unrelenting pressures of living in the modern world,” explains vocalist and guitarist Jim. “The pressures and expectations of which ‘they’ force upon you – with the apparent realisation that you will never be what they want you to be. “Pressure, the twist of the gut, as one door opens another fucking shuts” 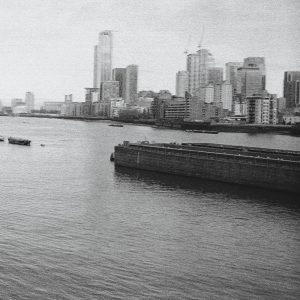